Canada’s largest city with a population close to 6 million, that, since the end of the Second World War, has seen a continuous influx of newcomers, mainly from the developing world. Maybe this is one of the reasons for the popularity of its street markets, St Lawrence & Kensington the two largest. Or maybe this is a reason for more than 8000 restaurants including cuisine from all corners of the globe, be careful though, some of these encouraging a standard 20% tip!? 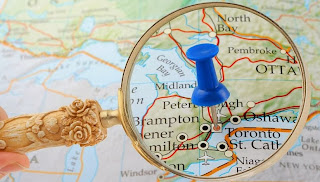 We can submerge to the ‘PATH’ the largest underground pedestrian system in North America, twenty eight kilometres in length, with five subway stations & a railway terminal of which is the staring point to one of our wonderful Explore Canada by train journeys.Toronto was recently tipped as the world’s fourth most liveable city, boasting 301 days of sunshine a year, historic highest recorded temperatures of 41 centigrade & lowest of -44 C, 30% of the population speaking a language other than English or French, over 200 public works of art, 1600 named parks with over 10 million trees & some 35000 hotel rooms……….did I use the word diversity!

Anyway, that’s some of the facts out of the way; let me give you the ‘heads-up’ on some of those 35000 hotel rooms.

‘Downtown’ is a safe & vibrant area, easy to get around on foot, by public transport or cab. Three hotels that come highly recommended & very close to Union train station are the ‘Hotel Le Germain Maple Leaf Square’, ‘Fairmont Royal York’ & the ‘Intercontinental’ all within a few minutes’ walk. Also worth a decent shout come the ‘Eaton Chelsea’ or the ‘Renaissance’ hotel.

The construction of Toronto’s skyline saw a major boom from the 1960’s, with the third most sky-scrapers in North America spawning the reason for the CN Tower. Toronto simply had to have a tower for television & radio purposes that superseded the skyline.

A couple of movie stars that hail from Toronto include Jim Carrey & Mike Myers, comedy at its best! Speaking of comedy, Toronto’s premium sports team is the ‘Toronto Maples’ ice hockey team, which hasn’t won a Stanley Cup since 1967. Not helped then, by the 52 outdoor ice skating rinks!?

Born during the last ice age, some 1.7 million years ago from glaciers nearly two miles thick covering the Niagara frontier region, we have one of the most dramatic, natural beauties the world has given us. With four of the five great lakes draining into it,(Superior, Michigan, Huron and Erie) before emptying into lake Ontario, making up one fifth of the world fresh-water supply. Currently, 3160 tonnes of water per second flowing over Niagara, giving America 20 % of its drinking water…..Yup.

Many people wouldn’t even realise, it’s beaten by over 500 falls in the world for height, but it’s the sheer volume of water that makes Niagara possibly the fastest moving body of water on the planet! In fact, you are almost guaranteed to see a rainbow from the Canadian side, to capture this phenomenon, visit from noon to sunset. Niagara’s ecosystem also supports many animals, from the endangered Lake Sturgeon to the Bald Eagle & Peregrine Falcon, but rare trees & plants too.

Perhaps the most miraculous of all, is the event that took place in July of 1960. A local man took a small boat for a ride on the upper Niagara River with his two children. The boat developed major motor trouble, capsizing all three of them. The father went over the falls to his death, but, amazingly, his 17 year old daughter was plucked just 20 feet from the falls. Even more amazing, her seven year old brother, Roger Woodward, went over ‘Horseshoe Falls’ wearing only a swimsuit & lifejacket. The pleasure boat, ‘Maid Of The Mist’ was just making a turn below the falls, when one of the crew spotted a bright orange life jacket. The veteran Captain maneuvered his boat and after two unsuccessful attempts, plucked young Roger to safety, suffering only slight concussion. This Iconic vessel is still in use today, making the daily trip beneath the falls, thrilling visitors within metres of the dramatic water.

If you are going to make the trip to Niagara, it really would be a sin to not house yourself in a ‘Falls View Room’ at one of the many hotels. The Sheraton, Marriott, Wyndham and Radisson, all worth a mention. Plus as always with Charter Travel we love to find a way for our money to go further so why not take a look at our most popular East Coast New York, Toronto and Niagara holiday.
Posted by Unknown at 16:29