Things to do and see in Los Angeles

What immediately comes to mind when you think of LA? The majority of people are thinking Hollywood, fame and glamour. This is a huge part of the Los Angeles experience, yet there is so much more to the global metropolis than meets the eye. The question in Los Angeles is not what to do, but where to begin? The city with the second largest population in America is home to many famous attractions in a relatively concentrated space. From Sunset Strip, the cutting edge of the entertainment industry, to many admired architectural landmarks, take your pick. Where Mickey Mouse and Hollywood were born, Los Angeles has been shaping the minds of millions for over 200 years. 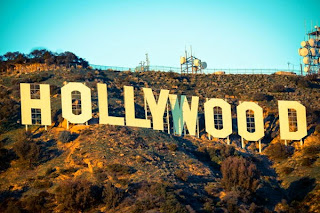 Universal Studios Hollywood receives more customers than any other attraction in LA County. It’s no surprise; the Studios are bursting with thrilling theme park rides, shows, a working movie studio, shops and restaurants. The perfect day out for movie enthusiasts, you can personally witness special effects used in some of the greatest action movies like King Kong and the War of the Worlds.

Another extremely popular family attraction is, of course, Disneyland Resort. With 2 theme parks, 3 hotels and 8 different magical lands to explore, there’s no underestimating the enormity of the global Disney phenomenon. If you have young children, you’ll be dragged to Disneyland for sure and even if you don’t, the park is a great day out and fully equipped for all ages.

After a tiring few days roaming around Disneyland, you’ll probably jump at the chance of a relaxing excursion to Catalina Island. Although it’s only 22 miles off the shore of Los Angeles, the distinction between the Island of Catalina and the urban jungle of LA is remarkable. Escape from the bustling madness of city life and catch a ferry to the island, where you can undergo the ultimate experience of a massage on the beach then rent a snorkel to explore the clear blue wonders of the Pacific Ocean. Sounds like a plan to me.

If you fancy a more educational experience, the Getty Centre, a stunning collaboration of art, architecture and gardens could be more suited to your taste. Including the artwork of some of the most influential artists in the world such as Van Gogh, Paul Cézanne, Claude Monet and many more, the Getty Centre forms one of LA’s finest cultural destinations. Los Angeles County Museum of Art (LACMA) is the largest art museum in western America and holds over 100,000 works from ancient times to modern day.

Wedged between Hollywood and Beverly Hills, Sunset Strip, a 1.7 mile stretch of Sunset Boulevard, holds a fantastic collection of restaurants, nightclubs and bars. Giant Billboards at every corner and common celebrity sightings, Sunset Strip is most definitely a must-see attraction of Los Angeles. The heart of Hollywood is another place to most definitely visit on your holiday in Los Angeles. Explore the Walk of Fame, where over 2,300 celebrities including Elvis and John Lennon, have been commended with a marble-encased brass star and catch a movie premier at one of the most historic Hollywood movie theatres.

Los Angeles clasps a handful of some of the world’s most desirable attractions, just waiting for you to discover. Check out our things to see and do in Los Angeles for even more ideas.

Email ThisBlogThis!Share to TwitterShare to FacebookShare to Pinterest
Labels: Holidays to Los Angeles, things to do in Los Angeles