Communicating with locals on your Hawaii Holidays

Do You Want to Learn to Communicate in Hawaiian?

Fact: The Hawaiian language is not known or spoken anywhere else in the world. That means that if the Hawaiian Language were to go extinct in Hawaii…then it would be lost forever. That’s some pretty serious stuff. 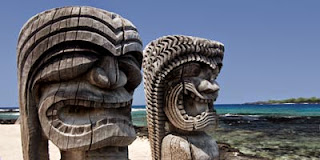 History of the Hawaiian Language

It is believed that the first settlers to Hawaii arrived in the 4th century AD from Hiva in the southern Marquesas Islands. In 1778 Captain James Cook first arrived in Hawaii and in 1820 a group of missionaries from New England arrived. This would start what was almost the extinction of the Hawaiian language.

The ‘Olelo Hawai’I, or Hawaiian language was tried to put into an English alphabet form by the New Missionaries. However, they failed miserably. They couldn’t discern t from k, l from r, and b from p. So, what was honoruru became Honolulu and ranai became Lana’i.

When the missionaries were done butchering the Hawaiian language it had only 12 letters (a,e,i,o and u along with the consonants h, k, l, m, n, p and w.) 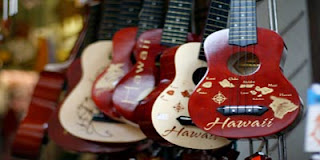 When the Hawaiian monarch was overthrown in 1893, and through the US annexation, the Hawaiian language was forbidden from being taught and proliferated in the Islands.

It was not until the 1970 when a rejuvenation of Hawaiian culture and pride was invigorated in the Islands. In 1978, the Hawaiian language was once again made the official language of the State and by 1987 the public school system was allowed to teach the language, culture and history again!

The shaka is a universal sign of “aloha” in the Hawaiian Islands. You’ve probably seen it before: the three middle fingers of the hand folded down while the thumb and pinky finger remain extended. A little shake of the hand usually goes along with it. Instead of waving in thanks, many people just throw up the shaka and shake it a bit. It’s truly a very unique Hawaiian form of language that only has the specific meaning in the Islands. 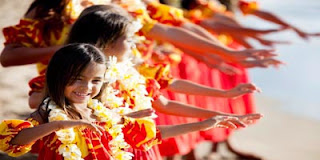