Hawaii Holidays - The Beliefs and Legends of the Big Island

While on your Hawaii holidays why not learn a bit of Big Islands traditions, beliefs and legends. Every Island you visit will have its legends and mysteries that go along with it. The Big Island of Hawaii is no different. When you take your holiday to Hawaii you should be aware of some of those legends and mysteries to further enjoy the culture that goes along with them. It will provide you a deeper understanding of the Hawaiian people and culture.

Let’s take a look at some of those special legends and beliefs. They just might serve you well and keep you out of harm’s way. 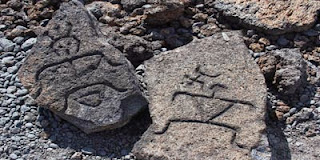 
According to legend, Pele is a big fan of gin. In order to keep you and your family safe from the lava flow and Pele’s anger you should visit the Halem’uma Crater and offer the goddess gifts of food, flowers and gin. Another Pele belief is that if you meet a young woman long flowing hair or an older lady with long white hair then you should greet her with mighty Aloha and offer your help.


The night marchers are ghostly apparitions of ancient Hawaiian warriors on their way to do battle. They have been spotted on every Island and are often seen in the Valleys of the Big Island. If you see the night marchers…get out of there and don’t make eye contact or you’ll be forced to march with them for all of eternity. 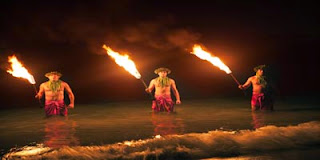 The Ohia Tree and the Lehua Blossom


Legend says that Pele fell deeply in love with a handsome warrior named, Ohia. She asked him to marry her but Ohia was already pledged and in love with a young woman name Lehua. Pele was outraged and turned Ohia into gnarly tree. Lehua was heartbroken and the other gods showed favor on her by turning her into a flower on the Ohia tree so that she could be with her lover forever.

The Wet and Dry side of the Big Island


Pele, the fire goddess and the demi-god, Kamapua’a (who controlled weather) struck a deal to separate the Big Island into their control after a battle. Pele took the west side making that part of the Island hot and dry while Kamapua’a took the east half making it wetter and cooler. It is a basic way that ancient Hawaiians put a reasoning to the different micro-climates of the Island.
Posted by Unknown at 20:45