Understanding Flora and Fauna on your Hawaii holiday

Interesting fact for your holidays to Hawaii - It’s crazy to think about today, but, over thousands of years Hawaii’s native flora and fauna evolved and developed with no natural predators. This means that they developed with no thorns, poisons or camouflage as natural defenses. 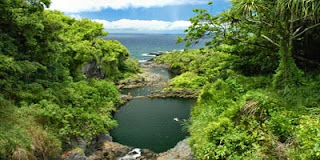 As the flora and fauna developed and evolved they became endemic to the Hawaiian Islands, meaning you cannot find these species anywhere else in the world.

Notable Flora and Fauna of the Hawaiian Islands

The Silversword of Hawaii

The silversword is actually a member of the sunflower family and just as striking, albeit more exotic too most people. They are endemic to Hawaii, yes, but only grow on the mountains of Mauna Loa and Mauna Kea on the Big Island and on Haleakala on Maui. The stalks are often several feet tall with hundreds of purple flowers. Each volcanic mountain that it grows on has its own unique type of silversword.

Known simply as kokio amongst the native Hawaiians, this plant was used as an invisibility aid. It seems that when applied to fishing nets and fishing lines, dye made from the bark of the kokio made nets and line difficult to see for fish. 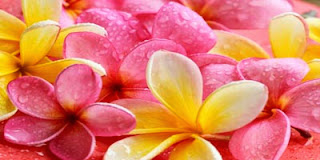 Ohai was once very common to see along Hawaiian shore lines. It is now increasingly rare to find the ohai, however it is still a favorite amongst lei makers all around the islands.

The lehua was the first and mightiest warrior to enter battle to the ancient Hawaiians. The name for this endemic Hawaiian flower is fitting then since it is commonly the first growth visible on a barren, volcanic mountainside.
Posted by Unknown at 09:56